When the word ‘scientist’ is mentioned, what image is painted in your mind? Is there a particular gender that comes to mind? Colour? If you referenced famous sci-fi blockbusters I’m certain you would conclude that scientists are white men with crazy hair.

Unfortunately, this imagery traverses to reality too (excluding the crazy hair?). If you browse through the physics Nobel Laureates and the NRF A-rated researchers you would be convinced that science has a preference when it comes to gender or race. A glimpse of hope was resurrected when I watched the film ‘Hidden figures’. We exist and our contributions are valid!

The Event Horizon Telescope captured the very first image of a black hole in April 2019. This was a huge milestone in the field of Astronomy and Physics and it was exciting to see that a female researcher was also at the forefront of this achievement. Katie Bouman was the lead computer scientist of the team that created the algorithm that made the breakthrough image possible.

Dr Hadiyah-Nicole Green was also in the news for pioneering the use of laser-activated nanoparticles for cancer treatment. This breakthrough method of treatment has been found to improve the pharmacokinetics and reduce the systemic toxicities of chemotherapies through the selective targeting and delivery of these anticancer drugs to tumour tissues.

Indeed, no longer shall we remain hidden figures. In the famous words of Zozibini Tunzi, current Miss Universe, ‘We are taking up space and cementing ourselves’. But how do we ensure that this movement is not only restricted to first world countries or big cities?

As of December 2015, the United Nations General Assembly resolved that the 11th of February would be recognized as the International Day of Women and Girls in Science. Initiatives like these are excellent tools for showcasing brilliant achievements of female scientists. In South Africa, we also have initiatives such as: Take a girl child to work, South African Women in Science and, L’Oreal-UNESCO For Women in science to name a few. These initiatives have done wonders in exposing young girls to science careers and acknowledging excellent female researchers, but is it enough?

According to the United Nations reports still only 30% of researches worldwide are women. In South Africa, an impressive 40% of women are in STEMI fields. The NRF boasts itself for funding more than 50% of females researchers and postgrad and postdoctoral level. These are amazing statistics in comparison to other countries. However, the NRF also reports that approximately 6% of these female researchers are in senior technical or managerial positions. I believe that currently, this is the major challenge to transformation in the science field in South Africa. What makes female researchers leave academia? What hinders female research from being NRF-rated scientists? It is only when we are able to tackle these questions that we will achieve equal gender representation in all spheres.

From my personal academic journey and interactions with students through education outreach activities, these are some of the factors that stood out for me:

The most important factor is that one cannot become what their mind cannot conceive. Quality education for all is essential, we cannot be encouraging learners to be chemists when lab equipment is nothing but theory to them.  In as much as South Africa has all these great initiatives they mostly target schools in urban areas, we need them to spread even to the most isolated schools in rural areas. It was promising to hear the minister of finance, in the 2020 budget speech, mention an allocated budget for introducing robotics at elementary school.

From a young age, we (especially girls) are taught to fear science (I still tremble at the memory of my High School physics teacher). Most high school students I interact with hate Maths and Physics, mainly because of how they are taught in school. Our society often tells girls that science ‘is not for them’. We need to change the stigma around science. Science is a fun, inclusive and creative subject, it is as cool as art, and hence it should be portrayed as such.

As a country, we need to be intentional when it comes to transformation. Women need to be in key decision making positions, drive policies that will lead to change. It is only women that know what is best for women. However, it is also essential that male colleagues are part of the dialogue. If we want to make academic spaces safe spaces for women, men need to be aware of the required behavioural changes and to be conscious of how diversity is not a threat but a conducive environment for success.

Superhero movies attract increasing attention from viewers of all ages. Recent ones such as Black Panther triggered discussions on current societal challenges. The most recent example is that of Captain Marvel – the first movie of the Avengers series with a female protagonist. Although the female heroes are not entirely missing from other movies of the series, here, the movie’s focal character is Captain Marvel and how she discovers her power, her role in the war, and her new-found responsibility to save the world (as with any other superhero of course). 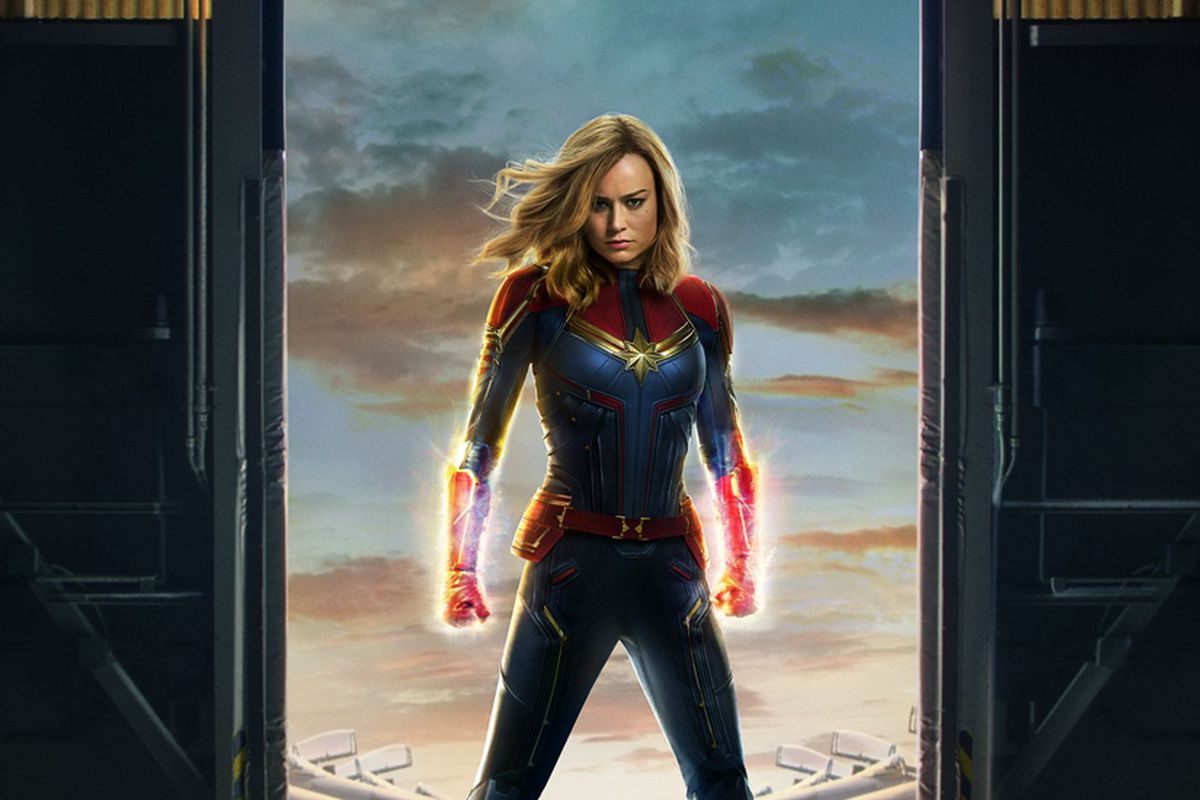 But how are we doing in the real world when it comes to real-life Captain Marvels?

In the movie, Captain Marvel is abducted after an accident. Her unique powers were hidden from her and trapped to be used only for the benefit of her captors. The real-life Captain Marvels seem to be underutilized globally, firstly within the labour force, but even more so, as leaders in strategic positions; their true potential is locked too. A study published in 2018 by Catalyst looked at women in the C-suite (executive positions CEO, CFO, COO, etc.) in Standard and Poor 500 companies. It paints a dismal picture for Captain Marvels, or in other words female game-changers, globally. Women in these companies are just 5% of Fortune 500 CEOs; not only an extremely low share but a decrease from 2017. Women hold only 10% of top management positions in 1500 S&P companies, and 19% of overall board seats. The potential of women is locked behind historical norms, perceptions and background.

Unleashing the power of the real-life Captain Marvels can provide new sources of powers and strengths in the global fight against the world’s problems. Unique and innovative solutions in these problems require multiple perspectives in decision making which can be sourced, among others, from gender inclusivity. An example of this is provided by Prof Catherine Mitchell from the University of Exeter, who discusses how low gender diversity in the past has made the energy industry less open to new ideas, and maybe even more reluctant move to lower-carbon energy systems, and even slowing down the energy transition. Captain Marvel is rebuked by her trainers and fellow soldiers for allowing her emotions to guide her decision-making process. She only realises her full potential when she understands that her approach to leadership is not wrong, it is just different.

Does this mean that the real-life Captain Marvels have to fight against everyone they meet? In the last battle, Yon-Rogg tempts her to fight against him but she refuses. Captain Marvel argues that she has nothing to prove to anyone. That is a message to real-life Captain Marvels, that even though the current leaders will prompt you to fight and lose your energy, you should be assertive about contribution and loyalty to the common goal of moving towards a better future – it is not about who is going to achieve it. 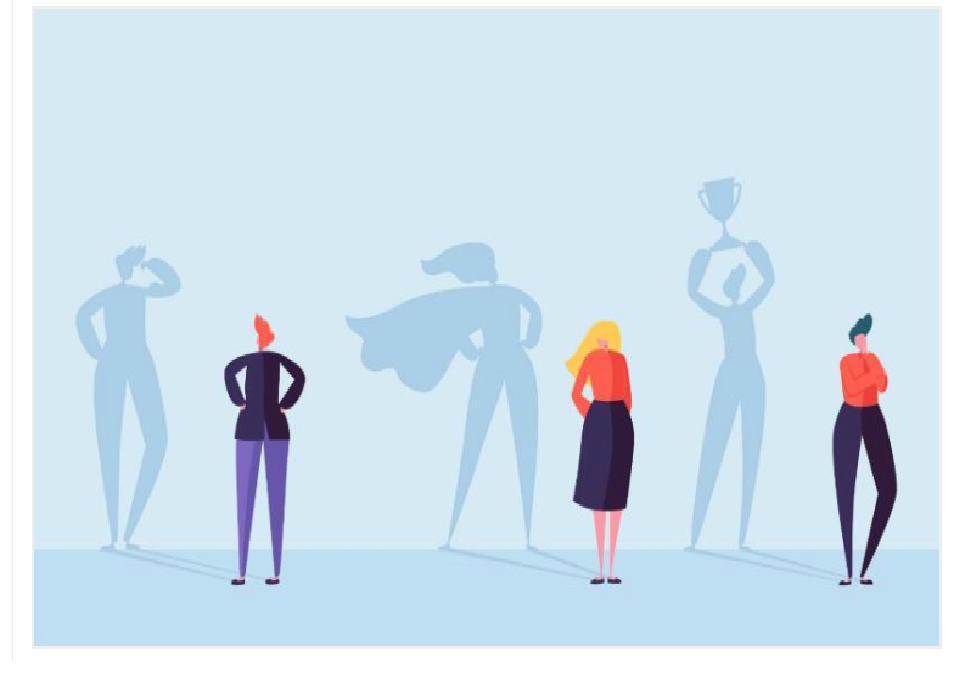 Captain Marvel teaches us the value of a good team – a key concept in leadership. Are Captain Marvels completely independent? What assistance do real Captain Marvels have or what are the potential catalysts for change? One of the greatest challenges of the society is how to reach, inspire and prepare young, future Captain Marvels.

This can be done by promoting strong role models through mentoring and by speaking to something very important for young female professionals – their pride. We do not want to be chosen because we are women ONLY, but we do not want to be rejected because of that either. Initiatives, such as Future Africa, and the Africa Science Leadership Programme, that promote a polyphony in decision-making, nurtures a variety of approaches in leadership, and that enable gender inclusivity are necessary for future change.

And as Captain Marvel promises at the end of the movie, women in decision-making, have the potential to make a difference towards a sustainable future for the planet.