All parents tend to worry when their (usually noisy) children have mysteriously fallen quiet, my mother, however, always knew exactly what I was up to. She would find me in the same place every single time: the bathroom, standing over the sink, mixing together baby powder, lotions and anything else I could reach. “What are you doing”- she would ask. The answer pretty much has defined my life ever since, “I’m making an experiment mum”. 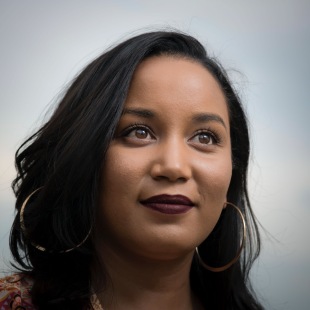 I grew up in Johannesburg and later attended the University of the Witwatersrand (WITS) where I quickly realised that my “experiments” were not going to concern mixing chemicals in a laboratory (because I was dismal at chemistry) but instead would focus on how evolution and adaptation experimented with body shape and why. I would later pursue my postgraduate studies in palaeoanthropology at WITS in order to gain a deeper understanding of one of the most successful evolutionary experiments of all time- how we came to walk on two legs, a characteristic that defines us.

I obtained my Master’s degree in 2018 with a distinction and no corrections (this is excluding the corrections from all 8736378 drafts my supervisors were kind enough to read through). I will soon be starting my PhD in Biological Anthropology through the Human Variation and Identification Research Unit (HVIRU) at the School of Anatomical Sciences, WITS University. I expect to be knee deep in research work for the next three years as I undertake a study of the knee joint (Get it? On the other hand, maybe I “kneed” better jokes. Again. Hahahaha!)