I, like so many of us, always wanted to be a superhero. As a child, I dreamed of being Ironman. I was going to be a genius billionaire playboy   philanthropist who would bring about world peace, save the world from alien invasions and use my technology to develop cleaner sources of energy. I was also going to fly and shoot beams out of my hands!

Now that I’m here, I feel like my research won’t have as much impact as someone else researching safer energy or a vaccine for HIV. In truth, many PhDs probably don’t think their work matters or that they are making a REAL difference.

If you look at the number of PhDs in the United States between 1957 and 2016, you’ll see an almost tenfold increase in the number of doctorates awarded—a trend that exists in many other countries too. While there are more people walking around with PhDs today than there were in the 1950s, it hasn’t helped solve any of the major problems facing the world in 1957 or today. War, inequality, climate change, biodiversity loss and clean energy were all problems in 1957 and are still today (in some cases, even worse). If we adopt an extremely simplistic view, it would seem that all the PhDs in the world are not having much of an impact. That makes me feel worse. Fortunately, it’s a very simplistic view.

We understand a lot more about the world today than we did in 1957. The purpose of a PhD, among other things, is to generate knowledge. Knowledge drives humanity forward; it doesn’t matter if it comes from studying the migratory patterns of birds, assessing the importance of cultural heritage in the 21st century, or developing a new vaccine for HIV. All this research generates knowledge which allows us to understand ourselves, our world and the universe better. And this knowledge is the starting point to effect change and growth. Because, in the right hands, knowledge can be used to change policy, improve education, create technology that makes the world a better place.

Jane Goodall summed it up perfectly: “Only if we understand, will we care. Only if we care, will we help. Only if we help shall all be saved.”

So, this knowledge – however big, however small – has to reach beyond the thesis. If you think of the size of our global problems – migration, war, disease, climate change — science communication and engagement with society has never been more important. But it’s a difficult road, trying to communicate science to non-scientists… 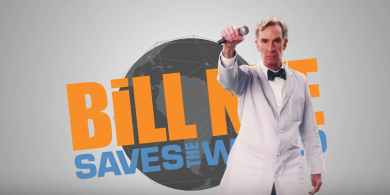 Even someone like Bill Nye the Science Guy battles. His show, “Bill Nye Saves the World,” which debuted in 2017, seeks to tackle the anti-science sentiment in the US by educating through entertainment. It has been met with a lot of criticism (obviously) and hasn’t received the wonderful ratings it was looking for.  Niel deGrasse Tyson’s show, “Cosmos: A Spacetime Odyssey,” was Emmy nominated and praised for its success (mainly amongst space enthusiasts). Tyson won the Public Welfare Medal from the National Academy of Sciences for the show and its promotion of science. Unfortunately, it only reached 1.3% of all U.S. households. Scientists seem to be famous among scientists and science enthusiasts, which is not a large enough part of the population or a part we need to be communicating more with.

We can’t expect a handful of scientists to do all the communicating. To draw in a larger audience, we need to speak to a more diverse audience, of different races, religions, countries, political views, etc. To do that, we need very diverse scientists to present science issues that unite global audiences around shared values and what we can do to address them. Here lies an opportunity to become the next science hero, like Lee Berger, Jill Farant or Nox Makunga… only better, a science superhero. Become the Ironman or Wonder Woman of the science universe and use your PhD powers for good. Talk and help save the world.

One thought on “Can a PhD save the world?”