I have always admired Oprah Winfrey for the kind of influence she has in making sure that the stories of people but mostly the American people were heard. Such that I was convinced I had no future in agriculture let alone Agricultural Extension. When I learned that she had studied communication at Tennessee State University I wished I had taken journalism then I would also work my way up the broadcasting industry. I kept having such thoughts regardless of the fact that my life was immersed in obtaining a Master’s degree in Agricultural Extension at the time, a research field I was convinced is not for me. 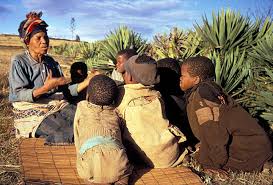 During that time whenever people asked me what I was doing, I would say in a gloomy voice “Agricultural Extension” and never bothered to even explain (to those who didn’t understand) what exactly I am specializing in.  More often, the responses I got were “ohh that is a great field to be in” I obviously shared a different opinion to theirs because I felt stuck in Agricultural extension.

In my view, she did a great job of creating a space where people could tell their stories on camera [besides her philanthropy work]. I empathized with the people whose stories were on her show, I rejoiced with them, took time to understand their lifestyle, their food and clothing choices. I even joined some of their movements in spirit of course… yeap, I was a real troop. In hindsight, I realize that I invested myself so much in their stories because somebody [Oprah] took the time to listen to them and to tell them thus giving the world an American perspective through the lives of ordinary citizens.

In 2018, I watched a Tedx talk by Komla Dumor where he was talking about the importance of the African perspective when telling African stories. In his talk, he showed two different pictures of the same city Luanda the capital city of Uganda. The one picture showed people winning and dining in a lovely beach restaurant and the other picture shows people, mostly children who were queuing in a long line for water from a single tap. He then asked a question about which story should be told about this city.  At that moment I realized I was missing the point. There was a perspective, a voice whose people I was not willing to invest time listening to, sad as it is it was the African people and their perspectives particularly those in disadvantaged communities just like the children in the second picture. I thought to myself I am African and yet I want to mimic the American way of telling stories. There would be no song and dance in these stories no African essence to them but as l long as they are done the way American television does them they were fine to me … wow, I once was lost BUT now am found.

When I started my PhD the intention was to document on camera as many stories as I could that would ultimately become a documentary and in some miraculous way it will lead me to work in television that way, I would be out of this “agricultural trap” I’m in and all this made sense in my mind. Because even after watching the talk by Komla I was not 100% convinced to stay in agriculture. I started reading about the importance of documenting African agricultural knowledge held by smallholder farmers.  I realized that their wealth of knowledge is intergenerational and we continue to draw from it. However, very little of this knowledge is being documented and much of it is being lost. This to mean there is a part of the African identity, particularly where agricultural knowledge and practices are concerned that is slowly disappearing. This made me look at my discipline in a different light after years of thinking I played myself being an agricultural extensionist. For example, when I was a Masters student at the University of Fort Hare, ARDRI a research institute at the University used to host Farmer Market Day on the 1st of every month for smallholder farmers in Keiskammahoek to come and sell their produce to the public. I made it a point to attend as many of the markets as I could to interview the farmers about their farming experiences, how and why they started farming. 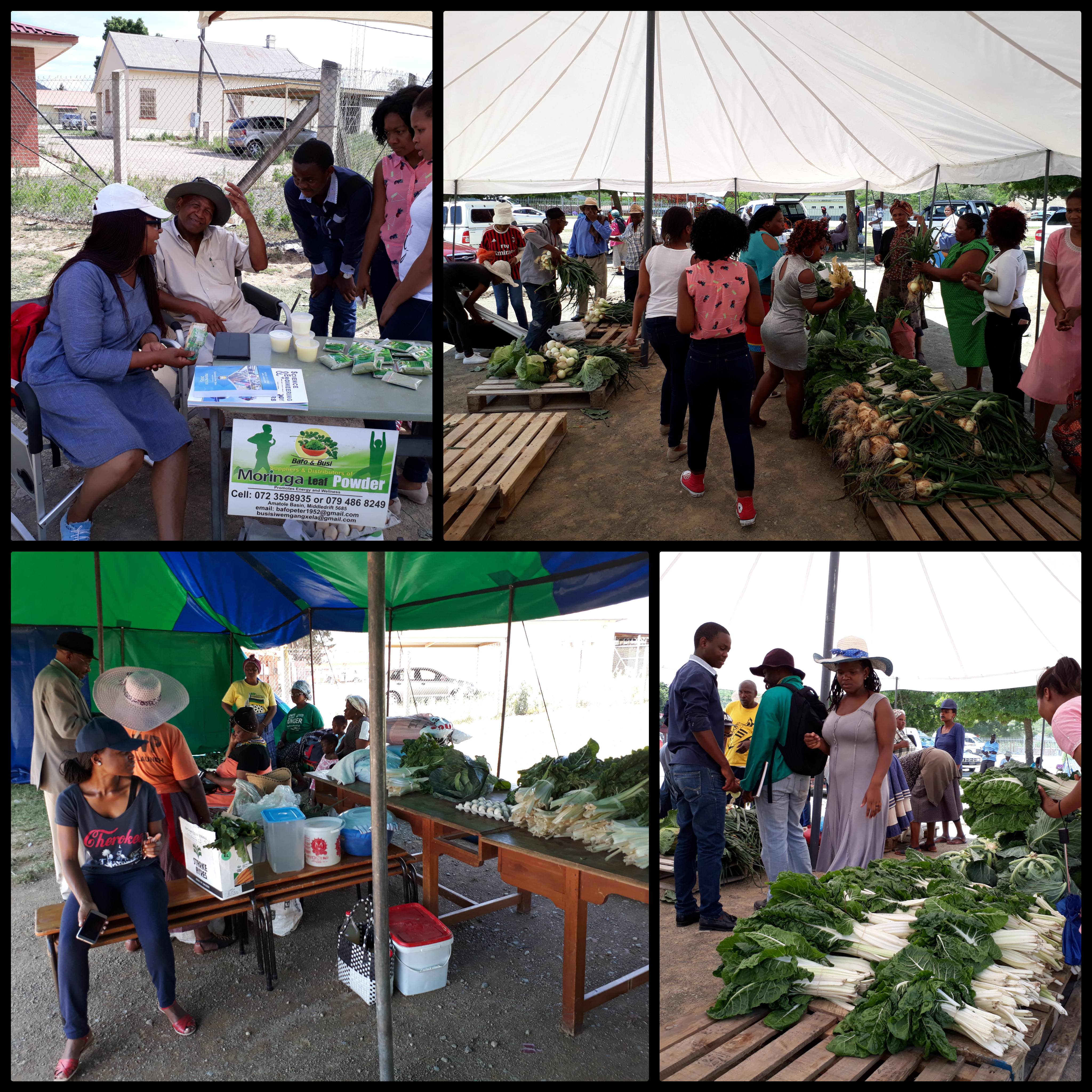 I have now seen the error of my ways. The goal I am now working towards and the perspective I now have is one of creating a space where African knowledge about farming can be shared, documented and preserved. It is true that Africans have a wealth of agricultural knowledge, it is also true that not all this knowledge is always documented and when the custodians of the knowledge pass on they take their knowledge with them.

Farming is intricately woven into people’s lifestyle their religious beliefs and their cultural practices. It is more than just a food producing activity. To some Africans, it is part of the DNA of their identity. For example, there are families that would not dare rear pigs because of religious beliefs but do rear goats because they are an integral part of appeasing their ancestors during rituals. Agricultural extension has given the opportunity to converse with farmers and understand this truth.  Now, this is why I am so grateful to the agricultural extension that it did not give up on me, I can now combine what I appreciate which is agricultural extension with what I enjoy doing and that is conversing on camera.

Africa is a very beautiful continent with vast possibilities, especially when it comes to research. This is because of our natural resources, something in which we can take great pride. Unfortunately, as I’ve mentioned before, we run the risk of over-exploiting our own resources as we’re slow in taking up research to address environmental degradation and climate change. I think, however, there is a solution.

Collaboration. The classical definition of the word is working with someone to produce some shared end result. But how can this benefit Africa and its researchers? Let me firstly reflect on the “great” (and rather pervasive) idea of a solitary scientist.

One of the most momentous discoveries of the modern era was the discovery of penicillin. History has it that penicillin was discovered in 1928 by Alexander Fleming,

who was a professor of Bacteriology at St. Mary’s Hospital in London. After realizing that many soldiers were dying from festering wounds during the 2nd World War, Prof Fleming decided to go to the lab and try to find a remedy. As history now tells us, he was able to isolate a rare strain of Penicillium notatum which was able to inhibit the growth of bacteria. This was the greatest discovery that  paved way for further development of antibiotics. Today, Prof Fleming is celebrated as one of the greatest scientists to have ever lived. But was Prof Fleming really alone in the lab? Formal history rarely acknowledges that it was his assistants, Stuart Craddock and Frederick Ridley, who successfully isolated pure penicillin from the mould juice that Fleming had observed.

My argument here is not that these people should be credited but rather that even the greatest discoveries were a team effort – a collaboration between two or more people. Today, this is what Africa needs. Internationally, collaboration is increasing at an incredible rate. These consortia between multiple institutions and even countries ensure maximum access to resources and further advancement of all team members’ work.

In Africa, I get the impression that we believe in making the name for ourselves, as individuals. It is almost as if not being known as a solitary researcher discredits one’s work. Sure, you can protect your ideas and discoveries if you’re working in isolation, but there are major drawbacks to keeping to yourself. Limited funds, resources and slow processes are just the beginning. We often forget that science, in its nature, is collaborative.

Let us look at what will happen if Africans were to collaborate more, instead of working in isolation.

African scientists will have access to cutting-edge technology which will open up vast possibilities for research. The networks and consortia will help with access to bigger grants that are tailored for improving the African research.

Capacity building in terms of retaining skills, more knowledge and tools will also be born from these collaborations. This directly leads to the last important element of collaboration – critique.

Much of science works better if it is critiqued. You may have two people from the same field with the same set of skills but I can bet that their opinions will not be the same. This is the reason why collaboration works. The scientist whose ideas are critiqued and pass through some amounts of fire comes out golden on the other side.

It is high time that we get these collaborations going as Africans, otherwise we are doomed to stay where we are in research. As with the true spirit of Ubuntu, we become better by working together and helping others. I do not believe that the developed countries have the intellectual capacity that we don’t. For us it just takesgoing back to our African way of being – collective action – to ensure that we see a better tomorrow.