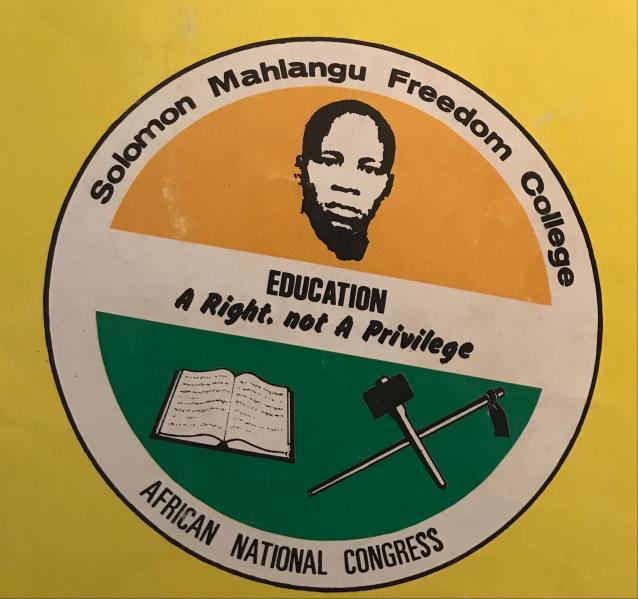 What was SOMAFCO’s role in the ANC’s conceptualisation of public education?

We are where we are because of our past. Nothing proves this more than South Africa’s public education system. Like other public education systems across the world, it has changed and evolved over time. Since 1994, public schools across the country have undergone drastic changes in the form of racial inclusion, curriculum amendments and financial alterations. It’s important to understand, though, that despite these challenges, the foundation of South Africa’s public schools were not just an afterthought of the 1994 elections. Many years of brainstorming and practical projects were put in place well before 1994. In this blog post, I track the attempts of the ANC’s 1970 and 1980s leadership as they wrestle through conceptualising an education system that would one day provide education to South Africa’s young learners. Join me in this historical journey as we uncover the importance of the ANC’s cross-continental foray into education provision.

The Nationalist Party, an ethnic Afrikaner political party that promoted their own minority interests,  formulated the most comprehensive and explicitly racist plan for education in South Africa. This educational plan, known as the Bantu Education Act of 1953, was labelled by the African National Congress, and other critics, as “schooling for servitude” and only re-established the already known fact that this form of education would continue to serve white interests to the detriment of the black population. Hendrik Verwoerd, who was a known Nazi supporter, said of the 1953 Act in a speech as Minister of Native Affairs on the 7th June 1954.

“The school must equip the Bantu to meet the demands which the economic life of South Africa will impose on him…There is no place for him in the European community above certain forms of labour… What is the use of teaching a Bantu child mathematics when it cannot use it in practice?”

This collective racist ideology swept through the country and ensured that black children received an education that was vastly inferior to white learners. The implementation of this sub-standard form of education was in many ways a spark that ignited protests and mobilization across the country through the decades, but it was only in 1976 that the most intense manifestation of disgust and revulsion towards these policies occurred. The Soweto uprising of 1976 was brought about by, amongst other factors, the apartheid governments forceful inclusion of Afrikaans as a medium of instruction, which would diminish – in many ways – the use of English. This was the language that ensured black learners had future political and social participation on a global stage. The notion of education as a public good and a human right during this era, was clearly a farce. This lop-sided education benefitted only a white minority and demoted the black majority to slavery, all in the name of the public good.

After the Soweto uprising[1], learners directly affected in the 1976 protests and learners from across the country fled into exile fearing for their lives. Many of them crossed South African borders into neighbouring countries. The ANC leadership[2], well aware of this exodus of students, formulated and formed The Solomon Mahlangu Freedom College (SOMAFCO) in 1978 to accommodate all exiled students in Tanzania. The SOMAFCO had a dual role, articulated poignantly by the late Chris Hani, who visited the College in the 1980’s:

This is not an ordinary college… the idea behind this college [is] to prepare the South African youth, [who are] deprived of so many opportunities inside the country, for a role not only in the [current] struggle, but [also] a role in the future [running of our country].

The philosophy of the school was clear to see, from the visionaries at the top to the laymen implementing the plans on the ground. Firstly, it was the realization that a physical geographical space should be created, outside from the current misrepresented state-run system, to develop a black educational alternative of quality education. Secondly, SOMAFCO’s curriculum was intended as both an alternative to “Bantu Education and as a model of post-apartheid education”. This philosophy was one where the notion of education as a public good embodied democratic ideals such as equality, fairness and ubuntu. The ANC’s original conceptualisation of public education must therefore not be divorced from SOMAFCO.

This public education, as envisaged by the ANC in SOMAFCO placed a high emphasis on Maths and Science, which were subjects that blacks had limited access to in South Africa due to the policies set up by the apartheid state and implemented by Verwoerd. It also created compulsory courses which focused on the history of the struggle and a course on the development of societies, which  served to orient future leaders. The college, however, was not without its problems. The idea of being a ‘revolutionary school’ often came with conflicting views and notions of mixed pedagogy. One particularly interesting example comes from the school’s embrace of socialist education, especially Julius Nyerere’s ideas of “education for self-reliance through school gardens and farms” and the Freirean influence of Terry and Barbara Bell[3].

These Freirean views were vastly different with what was seen later, when the Eastern Bloc and Soviet Union began to disintegrate. The early notions of socialism were quickly diluted by philosophies of capitalism, as early as 1989. These global changes had drastic repercussions for the school’s noble ideas of education as a public and common good – partly because the school survived on donations from Soviet nations and Nordic countries. This therefore meant that SOMAFCO (which was interwoven with Soviet designs of a state funded education as envisioned by the Freedom charter, clause 8) was being eroded.

Despite these challenges of mixed philosophies and pedagogy, a number of notable alumni (who serve the public good, in the early sense) have emerged from SOMAFCO. Probably one of the most influential is the Honourable Lindiwe Daphney Zulu, who is currently serving as South Africa’s Minister of Social Development.  Notable educators, who were instrumental in the curriculum and formation of the ideals at the college are Lionel Bernstein, Ruth First and Jack Simmons to name a few.

The SOMAFCO era (especially in the early days) in many ways, built the foundation for the ANC’s educational policies. These policies found its birthplace in the Freedom Charter of 1955, but were also reimagined and developed in the NEPI documents of the early 1990’s, a period before South Africa’s first free and fair elections. A tribute to SOMAFCO, its teachers and students is therefore a fitting way to recognize its foundational importance for our current Educational system.

[2] The Solomon Mahlangu Freedom College, established in Mazimbu, Tanzania, on land provided by the Tanzanian government, was named after the first member of the exiled African National Congress to be executed by the South African government. It was the brain child and vision of O.R. Tambo, Julius Nyere, Chris Hani, Olaf Palme, Albert Luthuli, Alfred Nzo and others (SOMAFCOTrust, 2013).

[3] South African expats who had lived in New Zealand, but were asked by the ANC leadership to assist with managing the school in the 1980’s. Both ardent Paulo Freirean educationalists who believed in ‘Democratic Schooling’, freedom and responsibility..