“The two most important days in your life is the day you are born and the day you discover why” Mark Twain. 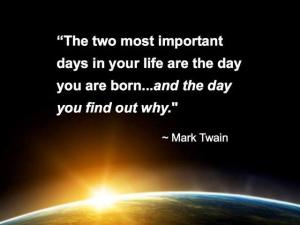 The moment you discover why you were born, for me, is the moment you attain ultimate purpose and subsequent happiness.

We live in a society that is materialistic in nature, one that attaches a lot of those materialistic things to success and happiness. The success of a man is measured by the car he drives, the house he lives in or the clothes he wears.

…but should it?
Think about the time your parents encouraged you to become a Lawyer, Accountant or a Doctor. In hindsight, you’ll find that it’s not that they were selfish parents that wanted to live their lives vicariously through you. The truth is that they believed that the only way to be successful and happy was to work in those high profile jobs and get paid handsomely.
I too was once a victim of this line of thinking; my brother wanted me to do something more “meaningful” with my brain, something like pursuing a degree in Engineering or Medicine. However, I was always set on following a career path that had something to do with animals and agriculture.

I guess I was always set on doing what made me happy and not what everyone thought would make me happy. I just never knew that love for animals and agriculture would manifest itself in the form of Poultry Nutrition Research.
Whilst I was preparing this blog post, I read a blog titled “Society’s view of success isn’t always satisfying”. In the blog, the author references a verse from Ecclesiastes. The passage reads as follows, “Whoever loves money never has enough; whoever loves wealth is never satisfied with their income.” (5:10).
The unfortunate part is that although this is the case but people often correlate happiness to the amount of success/money that one attains throughout their lifetime. They forget that like most things, happiness and success are both relative and not dependent on the possessions that you have. Ultimately, people who think like this will be doomed to live life without any organic happiness or joy because their happiness is based on the need to attain more than what they have, instead of enjoying what they have.
A number of us have at some point looked at our neighbours and started to glow with envy and desire even though the tenth commandment tells us not to. I 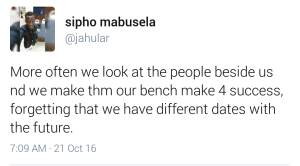 tweeted a few weeks back that “often we look at other people in society and use them as a benchmark of our own success, forgetting that we have different destinies”. J-Cole, an American hip-hop artist, says in one of his songs that “there’s no such thing as a life that’s better than yours”. He further explains that one can never be happy until they learn to love themselves, what they have, as well as the situation that they find themselves in.
This means that if your destiny isn’t to drive expensive cars, to live in Sandton or be a Medical Doctor then it is important to identify that and adjust your life and expectations accordingly. Sometimes being that Poultry Nutrition Researcher, who gets paid a minimum – wage salary, drives a VW Polo Vivo but contributes immensely towards developing the South African Poultry Industry through research is enough; as long as that makes you happy. 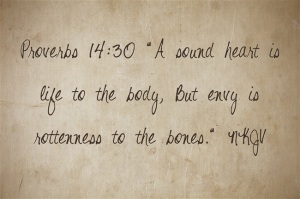 A friend of mine, Xolisa Wiseman Malgas, wrote a beautiful song- he says that “we can never control the fate that we get from God, but instead our job is to accept what he gives us and move on”. Make the most with what you have. I concur and echo the very same sentiments. Perhaps embracing your situation and making a conscious decision to do something about it will be the beginning of a beautiful life. Perhaps holding on to less materialistic things, like family, friends, a smile from a stranger or even helping an old lady cross the road will bring you long lasting happiness than having to worry about what the next person has that you don’t.
I’m not saying that money is not important; I’m simply saying that the lack of materialistic things in your bucket list could potentially help you cope with your current undesired situation; at least till you realise your full potential. After all, “every chick has its day”.
There will always be someone who has more money than you, has published more articles or appears to be happier than you. Just always remember to appreciate and “love yourz”.

One thought on “Love yourz!”